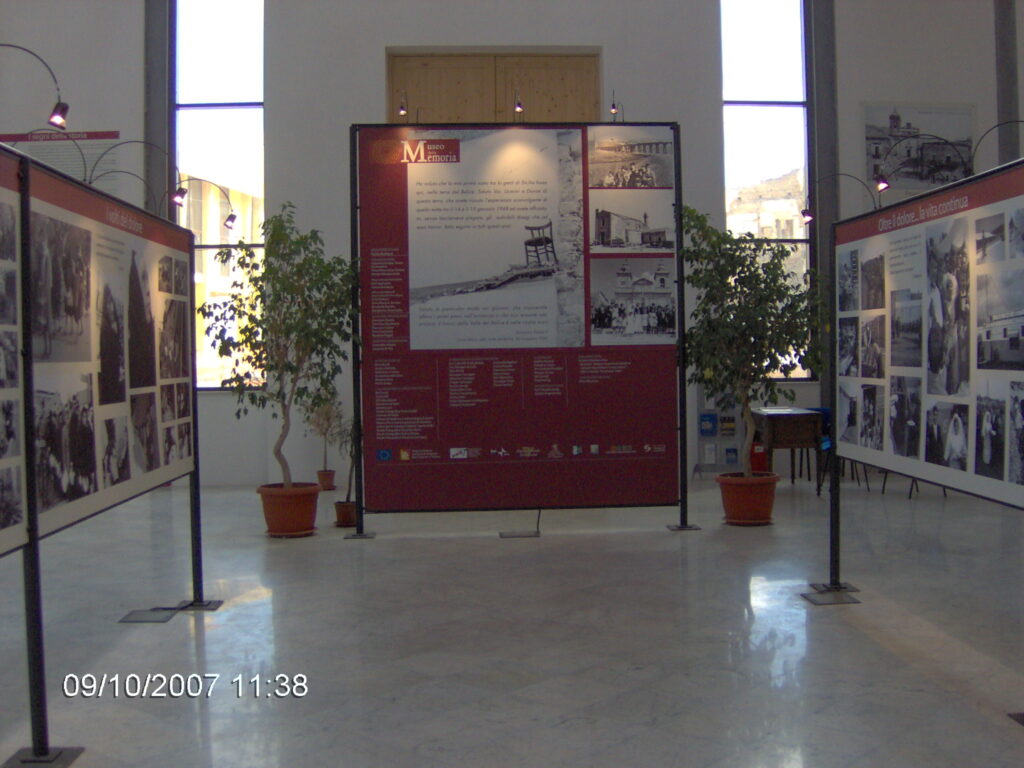 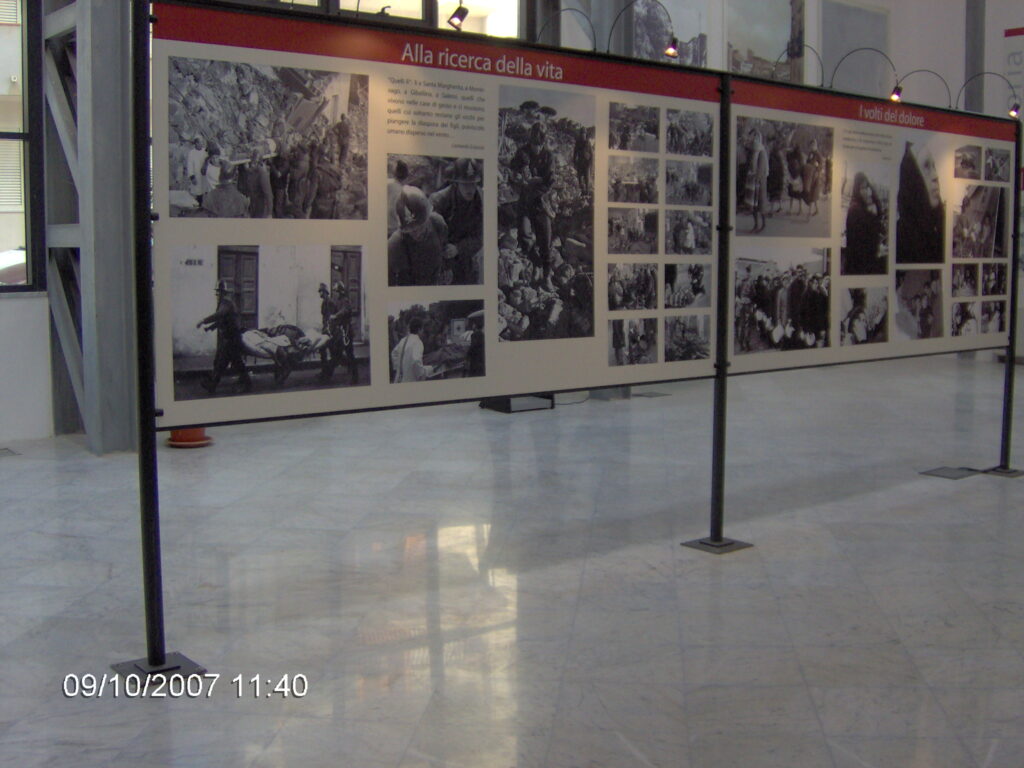 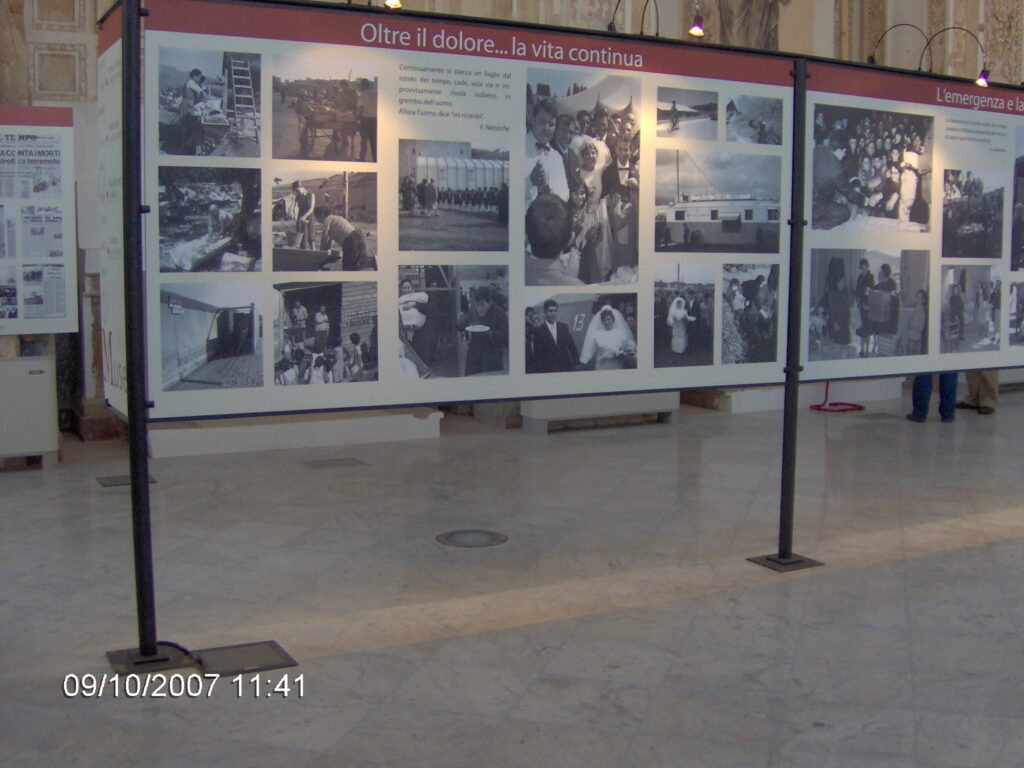 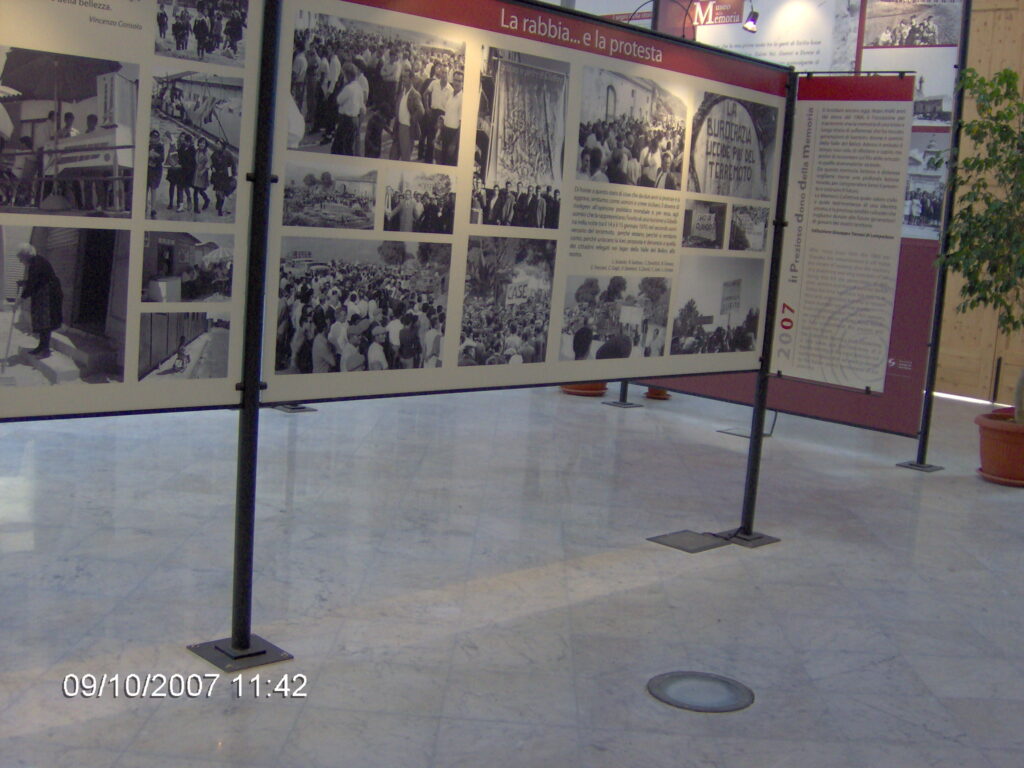 “There was also the Church, which then was the Santa Margherita Cathedral (….) The church itself big and beautiful, I recall, in Imperial style with big ugly frescos set between the white stuccoes of the ceiling…..” This is the description that Giuseppe Tomasi di Lampedusa (Childhood memories in “Tales”, (Milan, Feltrinelli, 1993) gives of the church adjoining the momunental complex of the Palace Filangeri di Cutò of Santa Margherita di Belìce.

The construction was desired by the noble Alessandro Filangeri I at the end of the 17th century. The exterior presented a baroque façade, culminated above by carvings and by the statue of Saint Rosalia, in whose honour was dedicated the church. Inside, there were numerous stuccoes and fresco decorations; the central alter deliminated by two high fluted columns, enclosed the niche with the wooden statue of the Holy Crucifix of the 14th century which is now in the new Cathedral Church.

Once, it represented a meeting place and a reference for the town’s religious activities, but was then seriously damaged by the 1968 earthquake which reduced it in a heap of rubble. In addition to the damage caused by the earthquake, repeated acts of vandalism worsened the precarious decorative conditions.

Today, the building has been restored and the interior converted into a museum, thanks to a financial contribution from the Parco Culturale Terre Sicane.

The museum, especially for the young and for those who do not have knowledge of those tragic events that damaged the lives of thousands of people, aims to draw attention to the value of the memory, a formative memory which helps us to understand how we were and how we are. Inside, various photograms, literary quotes and paintings, guide the visitor in a fascinating discovery of the Valle del Belice towns: Gibellina, Montevago, Salaparuta, Poggioreale, Santa Margherita di Belìce, Santa Ninfa, Sambuca di Sicilia and “Life”, before and after the tragic night of 15th January 1968.

From the images of those extraordinarily beautiful places which were destroyed and ruined by the force of nature in a few seconds, you can see the fragility of human things, you can see the pain, the emergency, the solidarity, the anger, but also the protest of who wants, with force, a rebirth and a future.

Completes the visit a multimedia room in which videos are projected, through which is narrated the story of the Valle del Belice and its towns before and after 1968 up until today.